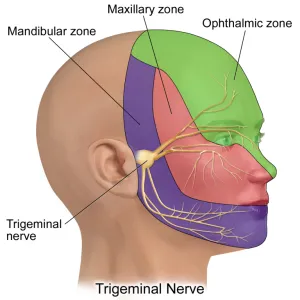 Trigeminal Neuralgia is a chronic pain condition that affects the trigeminal nerve, which carries sensation from your face to your brain. If you have trigeminal neuralgia, even mild stimulation of your face — such as from brushing your teeth or putting on makeup — may trigger a jolt of excruciating pain.

Symptoms
Trigeminal neuralgia symptoms may include one or more of these patterns: