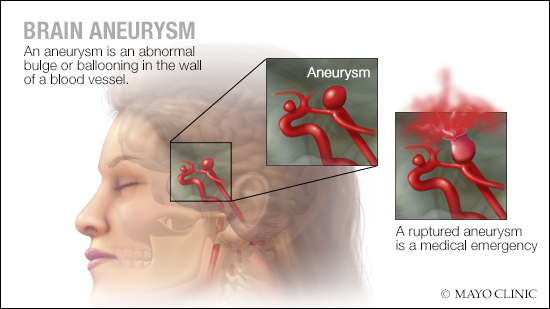 A sudden, severe headache is the key symptom of a ruptured aneurysm. This headache is often described as the “worst headache” ever experienced.

Common signs and symptoms of a ruptured aneurysm include:

‘Leaking’ aneurysm
In some cases, an aneurysm may leak a slight amount of blood. This leaking (sentinel bleed) may cause only a: Sudden, extremely severe headache. A more severe rupture often follows leaking.