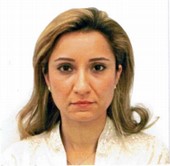 Dr Abdul Rahman’s journey started with passion of helping others. She was fascinated by the medical field in general. She graduated with a Bachelor’s degree in Biology in 2005, from the Arts and Sciences faculty in the American University of Beirut in Lebanon ,Beirut .

Her love of Neurology, made her move forwards finishing 2 years of Neurocritical care fellowship at Case Western University Hospitals. During her training, she was part of large stroke trials like DAWN trial, that helped stroke patients even after the designated time for certain therapies.After finishing her fellowship, she joined a private group Neuro Critical Care and Stroke of Arizona from 2016 -2019 in Phoenix, Arizona.

Now, sharing her expertise in general Neurology, with wide scope of interests including stroke ,neurotrauma, headaches, she recently joined The Neurology Group Inc.