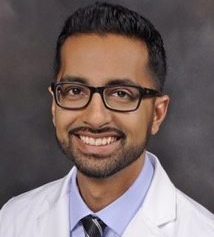 Dr. Adeel Popalzai is a native of Southern California. He completed his bachelor’s degree in Psychbiology from the University of California, Los Angeles. He then went on the complete his medical training at Western University of Health Sciences in Pomona, California.

Following medical school, he initially trained in the field of Physical Medicine & Rehabilitation (PM&R) at Nassau University Medical Center in New York. While in training, he developed a strong interest in the fields of stroke, traumatic brain injury, and movement disorders. He also authored a chapter in the Oxford Handbook of Physical Medicine & Rehabilitation.

It was during his training in New York that Dr. Popalzai advanced his interest and passion for Neurology and neuroscience. He decided to forgo the second half of his training in PM&R, and transferred to LA County/USC Medical Center where he completed his residency and training in the field of Neurology.

Dr. Popalzai is a board certified Neurologist. In 2015, he also completed a fellowship in Vascular/Stroke Neurology. His primary areas of interest are stroke, traumatic brain injury, and neuro-rehabilitation.

He serves as Clinical Assistant Professor of Neurology at Western University of Health Sciences. In addition, he has served as Director of the Stroke program at San Antonio Regional Hospital and is currently the director of the neuro-hospitalist program at The Neurology Group.

In his spare time, Dr. Popalzai enjoys spending time with his family and is an avid fan of the Lakers, Dodgers, and UCLA Bruins.